# Sound / audio turns on and off intermittently

Windows does not differentiate between recording and playing audio, therefore it notifies Wallpaper Engine that another program is producing sound while it is actually recording your computer audio.

Check the "Performance" tab of the Wallpaper Engine settings. If you have the option "Other application is playing audio" set to "Mute" and you notice that the sound from Wallpaper Engine keeps turning itself on and off, you likely have a recording program recording your screen and sound in the background.

To solve this do any of these three things: 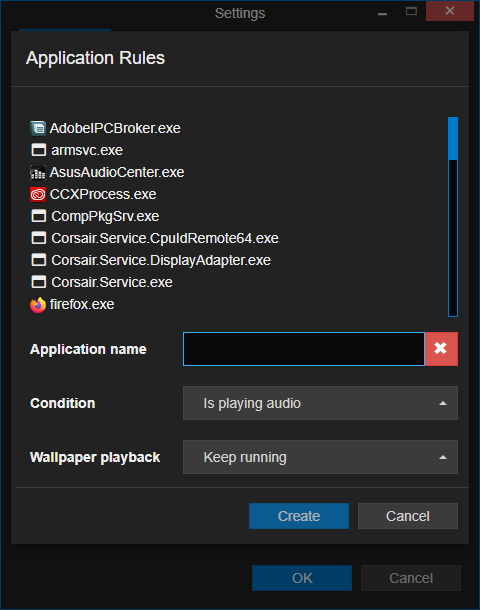 Replace some.exe with .exe files you can find in the task manager until you have narrowed it down to the responsible .exe.

Common processes that can cause intermittent audio playback by recording audio without your full knowledge:

Lastly, you can also change the option 'other application playing audio' to 'keep running'. However, this means Wallpaper Engine will not automatically mute audio output from wallpapers when you listen to music or watch videos that are not full-screen.