If your Wallpaper Engine browse window is not working, it is usually caused by faulty graphics card drivers or antivirus applications. Read below for more information.

This section is about the Wallpaper Engine interface being black or broken. If your wallpapers are black you need to go here: Black Screen / Videos not Playing. 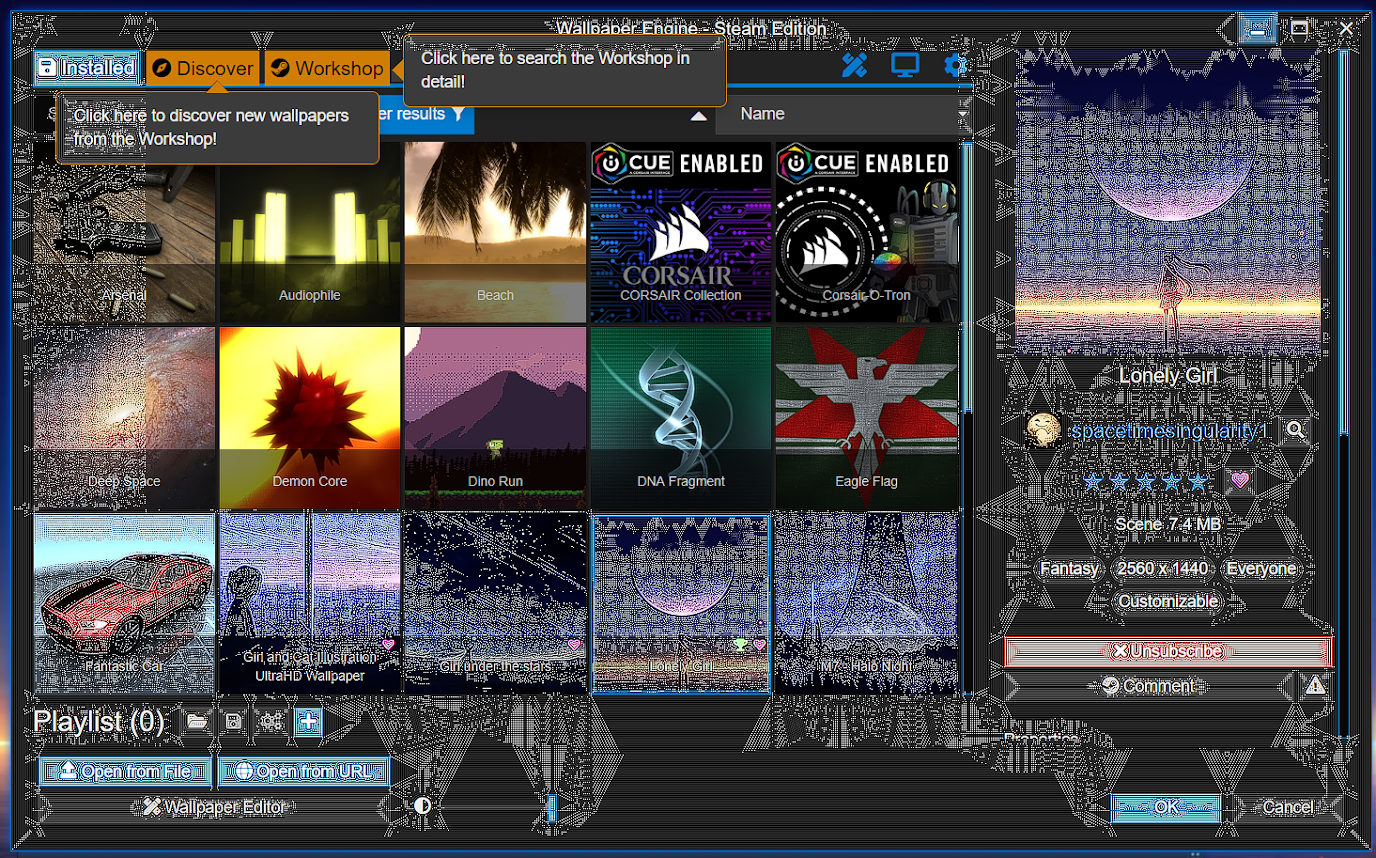 White lines will be visible all over the application window if Nvidia image sharpening is turned on for Wallpaper Engine by mistake.

The other possible reason for a black application window is a rare Steam bug with the Steam overlay. You can try the following: