The Windows Task Manager does not show the real GPU usage in most cases which is the cause for a lot of confusion. The GPU usage ignores the power state and clock rate of the graphics card which makes it extremely inaccurate and usually shows a much higher GPU usage. To see the real GPU, usage, use a tool like GPU-Z:

# Finding out your actual GPU load

Once you have installed GPU-Z, check out the "Sensors" tab to see the GPU clock rate and the GPU Load: 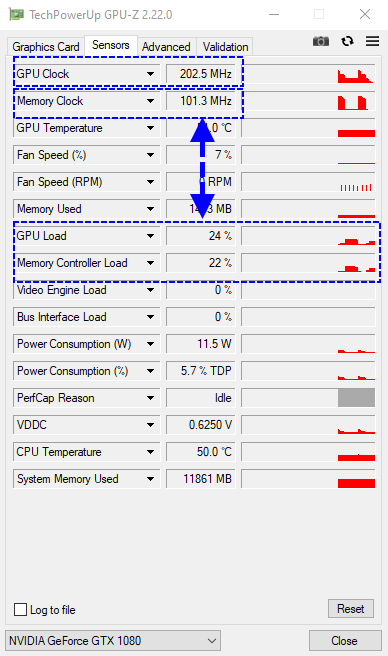 If you want to improve GPU performance: